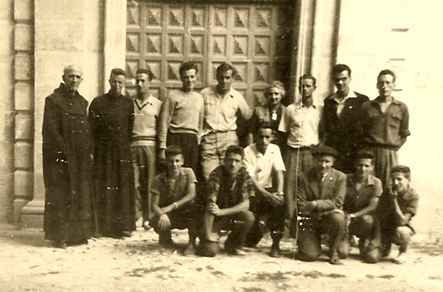 The consecrated laymen or the Men’s Branch of Notre Dame de Vie Institute originated in 1947 from an encounter between Venerable Marie Eugene and a group of young men who wished to give themselves to God while remaining lay persons. They were then involved in the animation of the youth in the diocese of Bordeaux. Most of them were educators. The meeting was arranged by one of the members of the group who was under the spiritual guidance of Venerable Marie Eugene, and a Carmelite tertiary who was closely associated with the group.

In 1962, those who would become the first members of the men’s Branch started taking sojourns lasting several months at Notre Dame de Vie, Venasque. 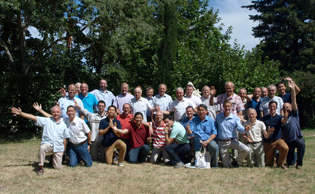 This was the first step taken  before they made a formal commitment to the consecrated life in the Institute. In 1967, the formation of young men who wished to join the group was organized. The Men’s Branch obtained the Pontifical Right in 1973 with the recognition of the Institutum, Notre Dame de Vie as an Institute with three autonomous branches: Consecrated Laymen, Consecrated Lay Women and Priests.

The members of the Men’s Branch are present in three continents: